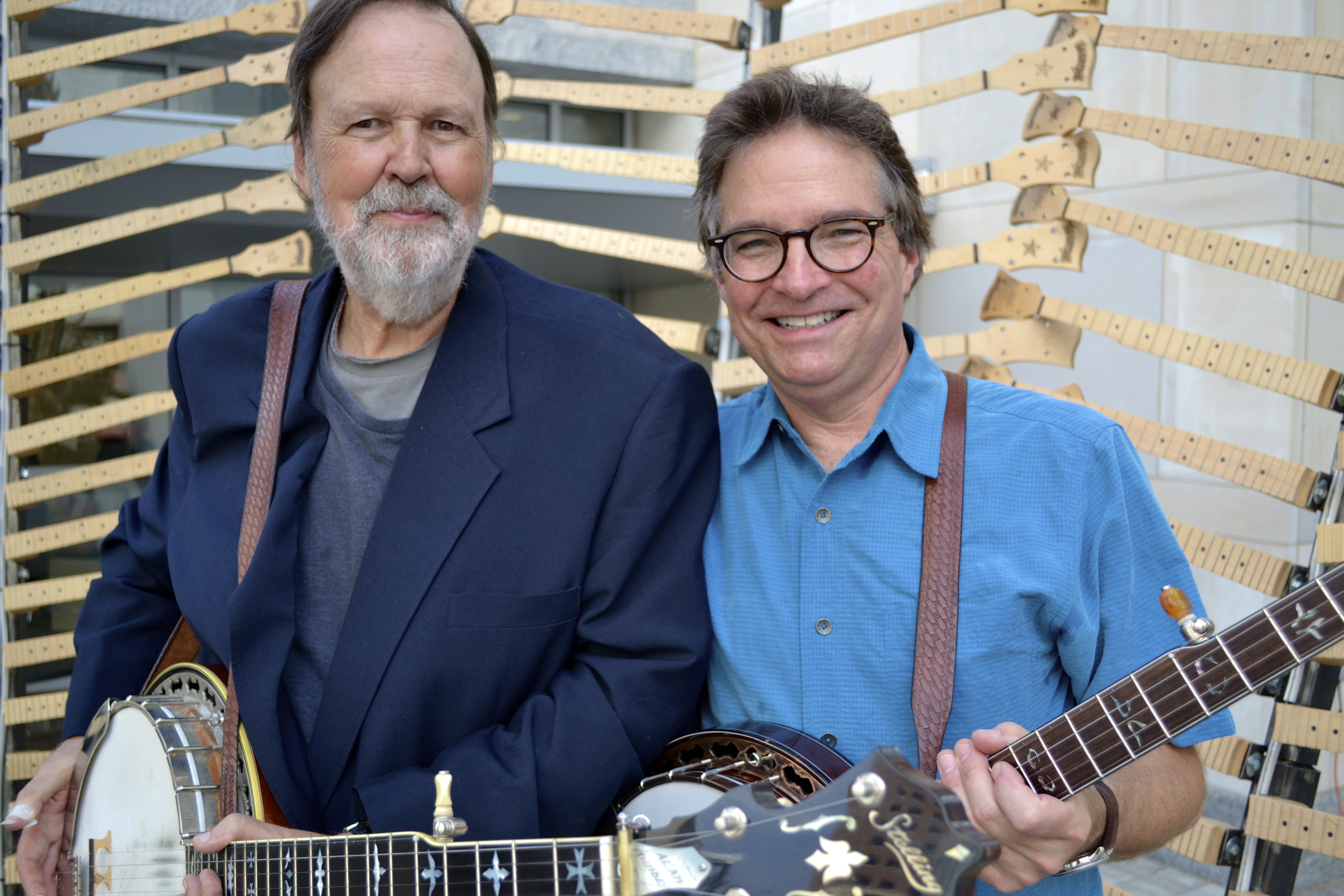 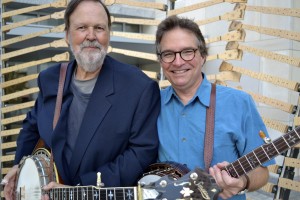 Banjo Legends Alan Munde & Bill Evans – together for the first time! Join us for this very special, one-of-a-kind concert bringing together two of the most important and influential bluegrass banjo players of the last several decades, performing bluegrass, original compositions, fiddle tunes on banjo, beautiful slow songs and much, much more. And they’re also funny!

Alan Munde began his long career in bluegrass music with the 1968 recording of Poor Richard’s Almanac featuring Sam Bush and Wayne Stewart, followed by a traditional grounding in bluegrass music as a member of IBMA Hall of Fame member Jimmy Martin and the Sunny Mountain Boys.  In 1972 Alan Joined his college picking friend Byron Berline in the forward-leaning bluegrass group Country Gazette.  Alan continued as the anchor of the group for 21 years.  Along the way, he recorded many highly regarded albums including Banjo Sandwich, and the Festival Favorites series.  Alan participated in the 2001 IBMA Instrumental Album of the Year, Knee Deep in Bluegrass.  His most recent recording is a duo CD with mandolin player Billy Bright titled Bright Munde.  He taught in the Bluegrass Music Program at South Plains College in Levelland, Texas for 20 years.  Alan has also published many instructional books for Mel Bay, instructional DVDs for Texas Music and Video, and participated in music workshops and camps both in America and Europe. To learn more, visit www.almundesbanjocollege.com and www.alanmundegazette.com.

Bill Evans is an internationally known five-string banjo life force and a Nancy’s Far favorite! As a performer, teacher, writer, scholar and composer, he brings a deep knowledge, intense virtuosity and contagious passion to all things banjo, with thousands of music fans and students from all over the world in a career that spans over thirty-five years. In the last two years, Bill has performed all across North America, Canada, England, Russia and Germany and has appeared with the San Francisco Symphony and on A Prairie Home Companion with Garrison Keillor. His book Banjo For Dummies, is the world’s most widely read book on the instrument and his 2012 CD In Good Company charted #1 on the Roots Music Report Folk and Bluegrass Charts and the Folk DJ-List charts. Over a forty year performing career, Bill has played with David Grisman, Peter Rowan, David Bromberg, Dry Branch Fire Squad, Hazel Dickens & Alice Gerrard, Tony Trischka, and Jody Stecher, among many others.  He has produced numerous instructional DVDs and books for Mel Bay, AcuTab, Homespun Tapes and the Murphy Method. To learn more, visit www.billevansbanjo.com.